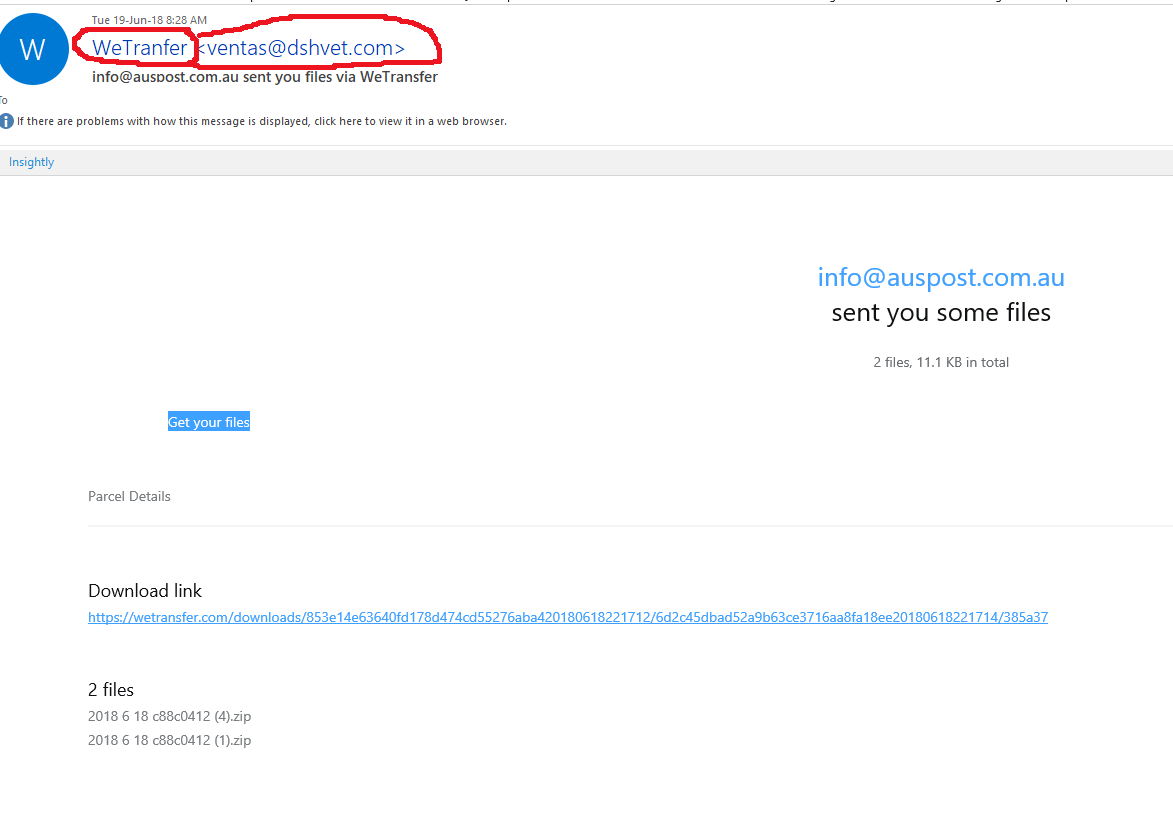 Are you a user of the WeTransfer service? Be warned! There are some fake emails getting around that are guaranteed to catch some users out!

This email arrived in my inbox no less than 3 times in the space of half an hour this morning, and is no doubt going to catch some customers out.

How can I pick that its not a legit email?