One for the gamers – our thoughts on Forza Horizon 3 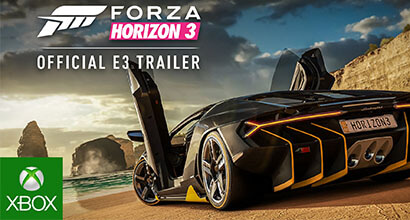 The latest edition of the popular console game has just been released with some pretty cool upgrades.

If you purchase a digital copy of Forza Horizon 3 on the Xbox or Microsoft online store, you can take advantage of the new “Xbox Play Anywhere” scheme. This allows you to install the game on both your Xbox console AND your PC.

You have the freedom to choose where you want to play the game and have the ability to pick up where you left off on the other device. It brings all your saves, game add-ons and achievements with you.

So when your significant other is fed up with you hogging the TV with the Xbox in the lounge room with your very annoying car racing sounds, you can retreat to your man cave and play on your PC with your headphones on in peace. Happy wife, happy life right? Then when the coast is clear, you can go back to the Xbox again.

Is it any good?

According the gamers in the family – this is a pretty cool game. And unlike many other games, features it is set in Australia – complete with green wheelie bins and Ford/Holden utes everywhere.

In terms of the graphics, it looks ok on the Xbox but much better when played on a gaming PC because it can be run at a higher resolution. If you have a 4K capable gaming PC – you will have the time of your life here. Need a 4K gaming system? Set aside a few pennies and talk to us!

The Xbox store lists games that are coming soon to the Play Anywhere scheme – you can check it out here.