Is Microsoft Windows 9 about to be announced? 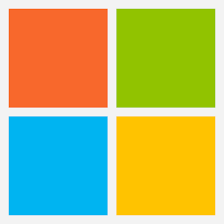 Microsoft have sent out invites for a September 30 “Enterprise” Windows event. Rumors across the internet suggest that this will be the day that Microsoft will announce the release of Windows 9 – the next major upgrade to the Windows Operating System.

Expectations are that Microsoft will announce the Windows 9 beta platform as a “technical preview”. After the lackluster reception that Windows 8 and 8.1 has received, it is hoped by many that Windows 9 will be a vast improvement. The general consensus is that Microsoft’s attempt to combine together desktop and mobile into the one platform has been a miserable failure.

PC Advisor UK suggests that Windows 9 will launch in laptops, PC’s, tablets and phones by April 2015. There are claims that the “Charms bar”  will be missing in future versions (that’s the menu that pops in from the right side of the screen) that drives many users bonkers!

Many sites are also claiming the return of the Start Menu. We think they would be mad if they didn’t put the Start Menu back. In our experience, that is one of the single biggest issues that trips users up – especially those using windows 8 without a touch screen.

We will keep an eye on developments and keep you updated with news as it comes in!